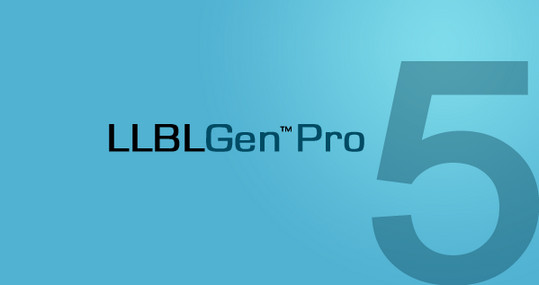 Using databases in your .NET code made easy. To write queries against your ORM framework, utilizing your database and your dаta: LLBLGen Pro gets you there immediately, whether you target .NET Full, .NET 5+, .NET Core or Xamarin.

Cloud based apps
The LLBLGen Pro Runtime Framework is best-in-class for cloud-based apps, due to its low-memory, high performance characteristics. .NET Core / .NET 5+ or .NET Full: your choice.

Exposing a class model through a service
The Derived Models feature offered by the LLBLGen Pro designer allows you to create DTO class models based on your entity model, which are ready-to-use in your WebAPI/(micro)service.

Use any .NET ORM framework
LLBLGen Pro is the leading entity modeling solution for .NET and can be used with Entity Framework Core or Entity Framework Full, the LLBLGen Pro Runtime Framework (included), NHibernate and Linq to Sql. It lets you easily define your entity model and map it to your database so you can get started writing queries right away.

Work the way you want
The LLBLGen Pro Designer supports both database-first and model-first modeling. At any given moment you can switch between the two, giving you the flexibility you need.

Solid and reliable
The Designer is the best choice for working with the major O/R Mapping frameworks: Entity Framework Core, Entity Framework Full, the LLBLGen Pro Runtime Framework, NHibernate and Linq to Sql. It's flexible, allowing you to configure any aspect of the mapping workflow. It's robust, designed to handle models with thousands of entities.

World-class generated code
The code produced by the Designer reads like it's been written by you. It's clean, well documented and well tested. There are no surprises, so you can focus on more important matters.

Complete
The LLBLGen Pro Designer offers the complete toolset you'll need to utilize any of the supported O/R mapper frameworks and databases in your application to the fullest.