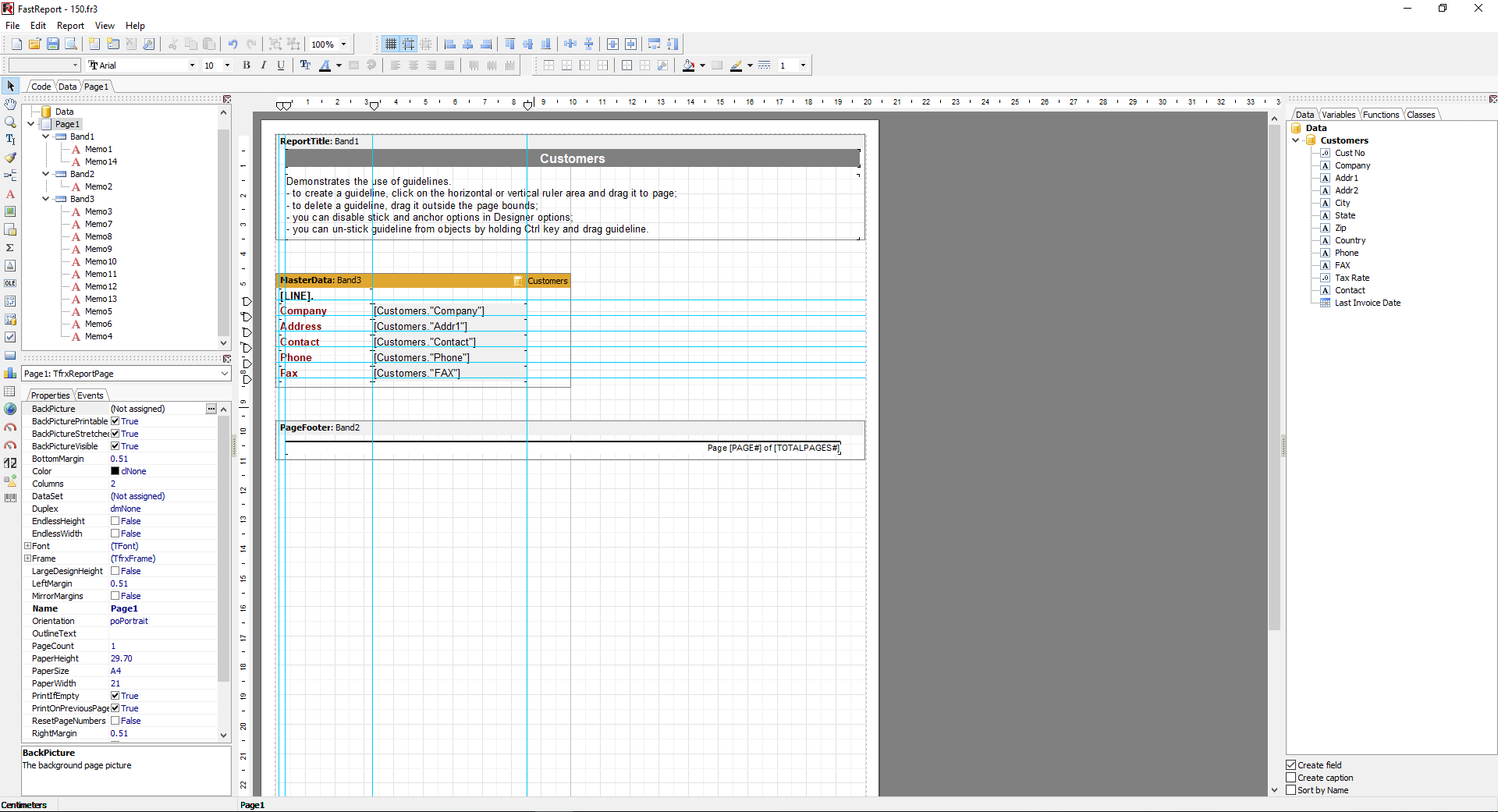 FastReport VCL is an add-on component for generate reports quickly and efficiently. FastReport provides all the tools necessary for developing reports, including a visual report designer, a reporting core, and a preview window. RAD Studio 10.2 Tokyo. Report generator FastReport VCL is a modern solution for integrating Business Intelligence in your software. It has been created for developers who want to use ready-made components for reporting. FastReport VCL, with its simplicity of use, convenience and small distribution size is able to provide high functionality and performance on almost any modern PC.

Fast and reliable engine for report production
Yes, that is what heavy corporate reporting requires! FastReport is specifically optimized for speed and every day proves itself on heavy workloads in real businesses! If your clients want to get reports quickly - then they just need FastReport!
These are the capabilities of just report production engine:
Band-oriented report generator. A wide range of band types allows the creation of any kind of report
Code-based reports
Multi-page and multi-template reports
Cross-tabs allow creation of tabular reports with complex row and column headers from a single dataset, either a table or a query. (For full OLAP reports, we suggest you use FastReport OLAP instead)
Interactive reports
And all of these features can be combined in a single report!
Report designer
Powerful modern editor which includes a large set of tools for visually designing and modifying report templates
Can be incorporated into your application to give users their own report design!
Clean and simple classic interface - business users like to work with the designer straight away, without taking six months of orientation!
Report Wizard - even easier than using the visual designer - step by step report creation!
Separate tabs for "Design", "Data" and "Code" - a full-featured report development environment!
Security
We place great importance on the protection of your data.
Source code. Professional and Enterprise Editions of the product include all the source code for FastReport. This is very beneficial for companies that want to adapt the product to their own special needs. Avoid вЂ?rogueвЂ™ components and be in full control of all your software code, giving you absolute security!
Reports only have access to data specified by your application and data can be made read only
Encrypted templates and reports (by Rijndael-like algorithm). Data can protected by a secure document password
Web-based reports support the use of secure channels

and Interactivity
Built-in script shell that supports 4 languages: PascalScript, C++ Script, BasicScript and JScript
Interactive forms, drill-down (drop) reports, call another report with detailed information from the preview window with one mouse click
Flexible and open architecture. If FastReport doesnвЂ™t do enough for you, you can enhance it by creating and connecting your own objects (export filters, functions and database engines) to your reports
Inheritance of report templates
Reports can be independent of your application, so the application does not require recompilation when a user requires changes in a report
Any kind of data.
FastReport supports many libraries for database access: FireDAC, ADO, BDE, DBX, IBX and FIBPlus, so providing access to practically all databases, including Oracle and many third-party libraries
Data generated within your application
Passing out of both static and dynamic records
International localization
UNICODE. Reports can use any language in the world, and even multiple languages simultaneously, maintaining true internationality!
The FastReport interface is localized for fourteen languages
The file format allows reports to be translated at a local level
Documentation and help files are available in English, German, Polish and Russian.