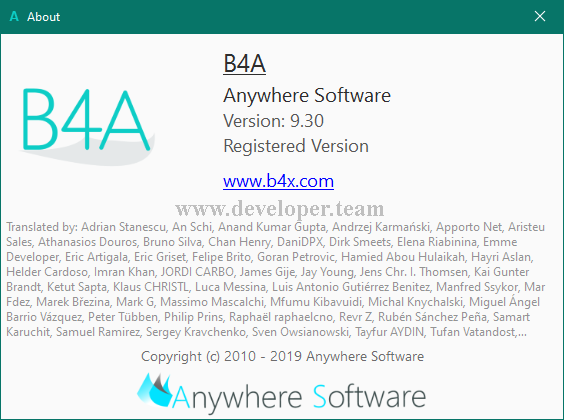 With B4A v9.30 you can continue to use the old Android Support Library or switch to AndroidX. Switching to AndroidX is simple: https://www.b4x.com/android/forum/threads/androidx-sdk.107236/

Recent code positions and designer layouts appear as tabs in the window title.
The IDE decides on the list of tabs based on several factors (recency, modifications and others).
The list is saved together with the project and restored when the project is loaded.
Ctrl + Click on layout files from the code.
B4A Sdk Manager v3.50 is included. It supports AndroidX resources.
Issue with BaseFolder in command line builder fixed.
Latest versions of internal libraries are included. TabStripViewPager is an internal library now.
Bug fixes and other minor improvements.